Four years ago, Tesla CEO Elon Musk blamed the electric car maker for relying too much on factory robots to end up in a production hell, saying humans were better for some tasks. Musk’s Texas-based company now has ambitious plans to deploy thousands of humanoid robots, known as the Tesla Bot or Optimus, in its factories, and eventually millions around the world, according to job postings.

The Tesla Optimus was presented for the first time in 2021 during the day dedicated to artificial intelligence within the company. Elon Musk then stressed that it would not be a vague idea, but a real product. Now, about nine months later, it’s gotten a little more specific. The machine would weigh about 60 kg and measure about 1.77 m. It will be controlled by voice recognition. 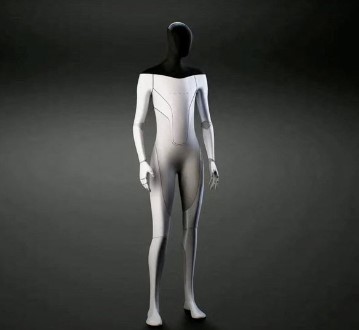 The robot can move at a speed of up to eight kilometers per hour and can carry objects weighing 20 kilograms. When in the resting position, Optimus is said to be able to lift nearly 70 kilograms, with each arm managing 4.5 kilograms when pulled. Its entry into production is scheduled for the year 2023. The robot will take care of tasks that are either very repetitive and therefore boring for humans or those that are dangerous.

Longer term, Musk told a conference that the robots could be used in homes, cooking dinner, mowing the lawn and caring for the elderly, even becoming a “buddy” type sex partner or “catgirl”. According to Musk, the robot market could one day be worth more than Tesla’s revenue from the auto industry, and now he’s outlining a vision for the company that goes far beyond making self-driving electric vehicles.

On its AI Day on September 30, Tesla will unveil a prototype of its Optimus project, an allusion to the powerful and benevolent leader of the Autobots in the Transformers series. Production could begin next year, Musk said.

The developments of Optimus should take on an even greater scale in the not so distant future with the arrival of so-called general artificial intelligence (AGI). From 2017 (where Elon Musk claimed that artificial intelligence is a fundamental risk for humanity) to 2020 through 2019 (where he declared that AI is far more dangerous than nuclear weapons), the position of the billionaire of Tech. on the issue therefore remains constant.

Elon Musk’s fears relate in particular to the fact that advances in the sector could lead to so-called general artificial intelligence (AGI). This would then be the door open to the fulfillment of the apocalypse. Research teams like that of OpenAI are launched on this corridor. If we refer to feedback from scientists working in the field, the AGI could fall on us in 5 to 10 years.

According to robotics experts, investors and analysts, Tesla faces some skepticism about its ability to show technological advances that would justify the expense of general-purpose robots in factories, homes and elsewhere. The company already uses hundreds of robots designed for specific tasks in the production of its cars.

Humanoid robots have been developed for decades by Honda Motor and Hyundai Motor’s Boston Dynamics unit. Like self-driving cars, these robots struggle with unpredictable situations. Self-driving cars haven’t really turned out as easy as we thought. And the same goes, to some extent, for humanoid robots, said Shaun Azimi, head of NASA’s agile robotics team.

If something unexpected happens, being flexible and resilient in the face of these kinds of changes is very difficult. At an “Autonomy” event in 2019, Musk promised 1 million robotaxis by 2020, but has yet to deliver such a car. Musk’s robots might be able to demonstrate their abilities at the event, but it would be difficult for them to impress public expectations of robots as capable as humans, experts say.

To succeed, Tesla will have to show robots that perform multiple, unprogrammed actions, said Nancy Cooke, professor of human systems engineering at Arizona State University. Such evidence could boost Tesla stock, which is down 25% from its 2021 peak. If it just happens to make the robot walk, or the robots dance, it has already been done. It’s not that impressive, she said.

Musk has proven doubters wrong in the past, reviving the electric car market and founding a rocket company, SpaceX, although some product launches have been delayed. Musk acknowledged that humanoid robots don’t have enough intelligence to navigate the real world without receiving explicit instructions. But he said Tesla could leverage its expertise in AI and key components to develop and mass-produce intelligent but less expensive humanoid robots. He tweeted on Monday that his Autopilot team was also working on his Optimus robot, when asked about fixes for what he calls the beta version of full self-driving – a test version of his new robotics software. automated driving. 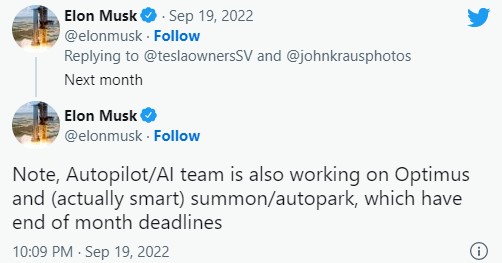 While waiting to be there, the current artificial intelligence shows significant limits. Although it is already relied on to diagnose illnesses, perform translations or even transcribe speech, the fact is that it can be confused by scenarios for which it has not been trained beforehand. By way of illustration, an artificial intelligence system trained to identify cats must go through another learning process to be able to serve the recognition of dogs, with the risk of losing part of the expertise acquired on the initial task.

Jonathan Hurst, chief technology officer at Agility Robotics, a humanoid robot company founded in 2015, said the technology is now beginning to turn the corner. Certainly, an important measure of success is whether they make money out of it,” he said, referring to Tesla’s humanoid robot efforts.

Analysts see it more as a show than a product. It’s all part of the art of distracting people and giving them the next shiny object to run after,” said Guidehouse Insights analyst Sam Abuelsamid. Investors aren’t enthusiastic about Optimus, said Gene Munster, managing partner at venture capital firm Loup Ventures, which owns Tesla stock. The likelihood of it working at scale is so low, he said, saying it’s infinitely more difficult than self-driving cars.

Is autonomous driving today just a futuristic vision at Tesla Motors? The company has just changed the objectives of its Autopilot

SEC asks Musk to step down as Tesla chairman, demands US$40 million fine for out-of-court settlement